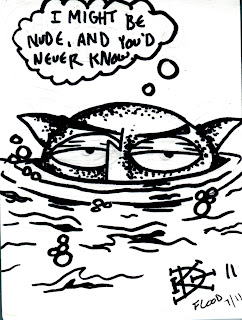 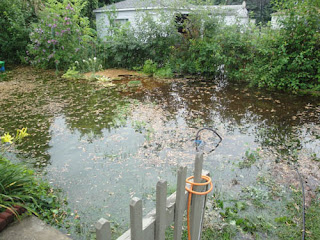 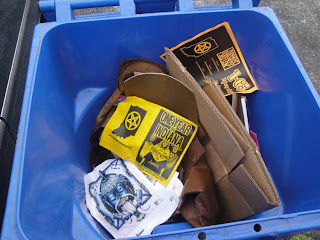 Nothing like waking up on a Saturday morning, after seeing a fake Led Zeppelin at the local "Summer Fling", to find that the loud thunderstorms last night brought along flooding rains. And a flooded basement, and I should have moved my "Convention Suitcase" before it got soaked. Oops!
Well I lost my entire back stock of books, some display signs, and some sketch cards but I will still plan on going to Chicago Comic Con in a few weeks. It's just a matter of what I'll have. I'll let you know.
later,
-kurt
Posted by oneyearinindiana at 7:43 AM 2 comments: 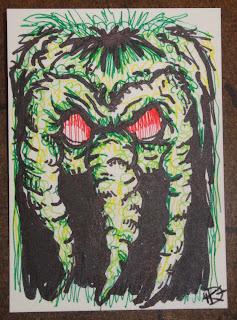 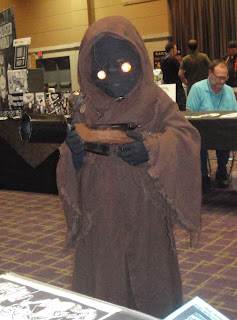 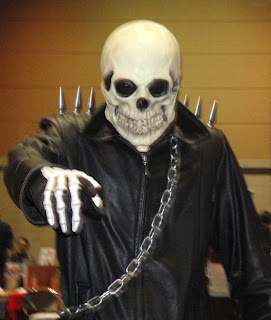 A late update this month but I am sure that you have been too busy blowing shit up shit to care.
Summit City con was awesome, it was great seeing several mid-western friends at the show. A little too much gin on Friday night did not temper the one day show for me. The staff and volunteers treated all the artists like kings with a "gopher" for each aisle, and the padded seats made me wonder why all con's can't treat their artists like this. (I'm looking in your direction sweat-box overpriced Chicago-Wizard-world-Con.)
Be sure to check out the show next year on May 12th 2012, never too early to plan huh?

I introduced Monster Sketch Cards at this show which I will have at the August Chicago Comic-con,(yea the one I was bitching about a minute ago) on sale for $5. I did some H.P. Lovecraft stuff along with a totally underrated character "THE MAN-THING".

I'll be at he Cincinnati Comic expo on September 17th and the Horrorhound weekend also in Cincinnati on November 11th -13th. I'll be giving long-winded updates next month.
This month a couple of costumes from Summit and the Man-thing sketch card.
later
-kurt
Posted by oneyearinindiana at 12:07 PM No comments: